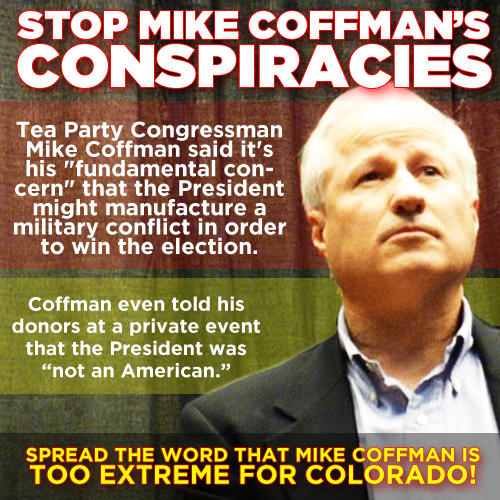 In May, Coffman drew national attention when he made birther comments about Obama, saying that “that in his heart, he’s (Obama) not an American. He’s just not an American.”

The release of the audio clip comes on the same day Coffman released his first TV ad touting his military background.

“Mike Coffman’s pattern of bringing up extremist conspiracy theories shows a high level of disrespect for our Commander-in-Chief and his commitment to the safety of our troops. He owes people an explanation,” said Ryan Hobart, a spokesman for Miklosi.