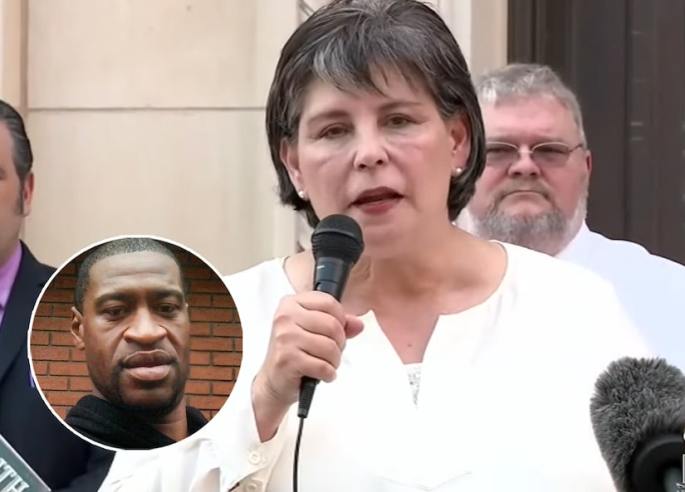 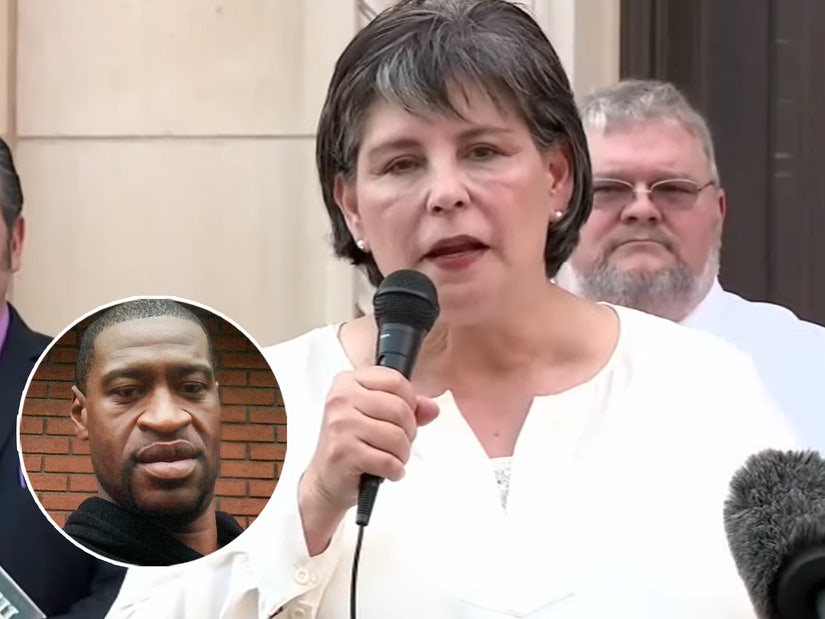 She also believes COVID-19 is a Democratic hoax.

George Floyd’s public execution was staged to create civil unrest, according to one Texas politician.

Cynthia Brehm — Republican Party Chair of Bexar County, one of the state’s largest — posted a conspiracy theory on Facebook, claiming the killing was premeditated and set up, with the intention of stymieing Donald Trump’s “rising approval rating.”

In her post, entitled “George Floyd — A Staged Event?” she called on her followers to “Tell me what you think”.

“These officers were involved with something, I’m not sure exactly what, but something is just not adding up,” she wrote.

On Wednesday, the third-degree murder charge leveled at Derek Chauvin, the Minneapolis officer who knelt on the neck of George Floyd, was upgraded to second-degree murder, while the other three officers involved in the arrest — Thomas Lane, J.A. Keung and Tou Thao — were newly charged with aiding and abetting the homicide.

“Also this supposed officer is now missing from his home, no where to be found has the smell of MK Ultra activation,” she continued, referring to the CIA mind-control experiments carried out in the 1950s.

“I think there is at the very least the ‘possibility’, that this was a filmed public execution of a black man by a white cop, with the purpose of creating racial tensions and driving a wedge in the growing group of anti deep state sentiment from common people, that have already been psychologically traumatized by Covid 19 fears.”

She went on to claim racial and gun violence were becoming commonplace in politically contested areas, especially in election years.

“Considering the rising approval rating of President Trump in the black community, an event like this was unfortunately ‘Predictable’.”

The post was deleted from Facebook, but not before San Antonio Express-News columnist Gilbert Garcia grabbed a screenshot, which quickly made its way around social media — and her party colleagues.

Many of her GOP peers were not impressed, and called for her resignation.

“These comments are disgusting and have no place in the Republican Party or in public discourse,” Texas Governor Greg Abbott’s spokesman John Wittman said in a statement Thursday morning. “Cynthia Brehm should immediately resign her position as Chair of the Bexar County Republican Party.”

Not all GOP members thought the conspiracy theory was wacky though; according to the Texas Tribune, Nueces County chairman Jim Kaelin posted the same text last week, calling it an “interesting perspective.”

Last month Brehm made headlines when she declared the coronavirus pandemic was a Democrat Party hoax.

“This is America and we shouldn’t have to be forced or mandated to wear a mask,” she told a rally at the time, per Express News.

“Why is this happening today? I’ll tell you why — all of this has been promulgated by the Democrats to undo all of the good that President Trump has done for our country, and they are worried.”

“So, take off your masks, exercise your constitutional rights. Stand up, speak up, and vote Republican.”