The National Secular Society has urged a UN committee to push Poland to renegotiate a treaty with the Vatican, in order to better protect child abuse survivors in the Catholic Church.

In a submission to the UN committee on the rights of the child, the NSS said the concordat between Poland and the Holy See appeared to “compromise the effective administration of justice”.

The NSS added that the concordat impeded Poland’s freedom and ability to conform to the European Convention on Human Rights and the UN Convention on the Rights of the Child (CRC).

The NSS’s submission highlighted evidence that the scale of clerical child sexual abuse in Poland is substantial and prosecutors are expected to treat the church with deference.

The submission also said the country should take steps to tackle the discrimination and persecution faced by LGBT+ children, including by introducing inclusive relationships and sex education and reforming religious education.

The committee is taking evidence on Poland’s compliance with the CRC ahead of an examination of Poland’s five-yearly report on the subject.

The concordat, which Poland and the Vatican signed in 1993, requires conformity with the Catholic Church’s canon ‘law’ in some instances and remains valid today.

The NSS’s submission said the concordat sought to give ecclesiastical ‘law’ precedence over secular law. It said the ‘justice’ delivered as a result would not be “an adequate or just substitute for even-handed secular justice” for perpetrators of child sexual abuse.

The maximum sanction under canon law for abuse of minors, including rape, is defrocking.

The NSS also referred to a 2019 letter from the national prosecutor which suggested local prosecutors seeking documentary evidence from the Catholic Church were required to treat it with deference.

The letter suggested in some cases this should include allowing the church to withhold documents.

The prosecutor’s justification for this position was partly based on the obligations outlined in the concordat.

The NSS’s submission included reports suggesting the national prosecutor’s office initially denied the existence of the letter, then sought to misrepresent its contents as benign.

It added that Poland should make greater efforts to secure secular, rather than ecclesiastical, justice for those suspected of clerical child sexual abuse.

The NSS’s submission noted that the Catholic Church has admitted that hundreds of priests in Poland have abused children.

It also noted that pressure groups have suggested significant numbers of bishops have failed to report abusive priests and allowed them to stay in ministry, often working with children in the process.

NSS president Keith Porteous Wood said: “Poland’s populist government is seeking to bolster the church from unprecedented criticism over clerical abuse of minors, after three films which attracted record-breaking audiences drew attention to the extent of the abuse and the church’s cover up.

“Poland’s adherence to human rights appears to be deteriorating with every month.

“We hope our submission will assist the UN to bring pressure to bear on Poland to ensure it makes the protection of LGBT children non-negotiable, and hold it to account for its shortcomings in prosecuting clerics suspected of abusing children.”

Irish actor launches stinging on attack on church, calling it a corrupt and nefarious institution 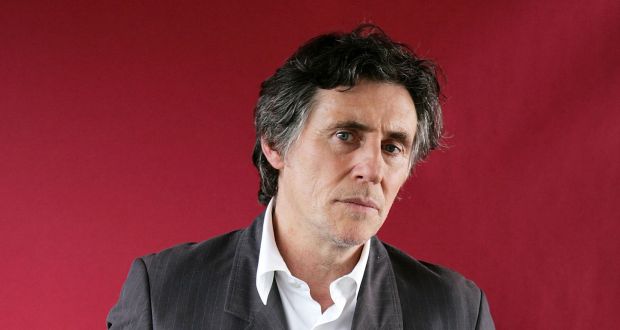 Actor Gabriel Byrne has launched a stinging attack on the Catholic Church and described it as a “force for evil”.

The veteran Hollywood star had a strict Catholic upbringing in Dublin and spent five years in a seminary training to be a priest.

But he said it was his own unhappy memories of the seminary, where he says he was sexually abused by a priest, that made him decide not to raise his two children as Catholics.

And in an interview, the 62-year-old says he remains unrepetentant on his views of organised religion and even claimed the Catholic Church once drew inspiration from Hitler’s Nazis.

Recalling the the time he was sent away to an English seminary at just 11 to study for the priesthood, he said: “It was part of the culture. It was a very religious, oppressive society, though we didn’t see it as oppression at the time.

“I remember walking with my mother along a narrow pathway and she was holding onto a pram and two priests came along the footpath and she had to wheel the pram into the road to allow them to walk by, these mysterious men in black. I think the religion I had — and I don’t have any now — was rooted in a kind of childish fantasy.”

He continued: “The Jesuits have that expression, ‘give us a child until he is seven and he will be ours for life’. That was why the Catholic Church and the Nazi party fed off each other. “

After the rally at Nuremberg, the then pope said: “We need to be doing something similar and we have the theatre for it with St Peter’s, so that was when he started coming out on the balcony to address the crowds.

“And the Nazis meanwhile were learning from the Jesuits and making sure they got the child by seven in order to have them for life. The Hitler Youth. “De Valera signed the book of condolence when Hitler died. There was a sneaking regard among many Irish people for Germany and Hitler. England’s pain was Ireland’s gain.”

The New York-based actor, who recently triggered a storm when he described The Gathering as a “scam”, said in the interview with the Sunday Telegraph’s Seven magazine that he feels fortunate to have escaped from the clutches of the Catholic Church.

“They have way too much hold on this country. It’s a very corrupt and nefarious institution. The nuns were vicious because you have all these women living together in denial of love.

“They turned inward on themselves, became twisted creatures. I saw nuns being awfully cruel to me and to my sister. Horrific. Horrific.”

He went on: “I think if you are lucky you eventually come to a place where you are able to question these things, and I did. I read a lot on the subject and had many conversations and I have come to the conclusion that the Catholic Church is a force for evil.

Referring to his decision not to raise his two grown-up children [he had with ex-wife, actress Ellen Barkin] as Catholics, he added: “I never discussed religion with them. As far as I’m concerned, it didn’t do me any good.

“And it’s interesting to watch two people grow up without it and find their own kindness and conscience.”

Byrne’s latest move, All Things To All Men, is out next Friday.

We greatly thank you for your on-going generous financial and enthusiastic personal support in appreciation for this site!